Some enthusiasts also report that microdosing psilocybin helps to heighten spiritual awareness and enhance their senses.

Ideally, a psilocybin microdose will not cause a substantial change in mood, disposition, or mindset. Instead, its effect will be subtle but present.

Preparing psilocybin mushrooms for microdosing involves more steps than microdosing with LSD, but is still straightforward.

We recommend drying a batch of mushrooms, grinding them into a powder, and measuring out around 0.1g of powder as your starter microdose. You can then adjust the amount accordingly after your first attempt. When you take an amount that makes you feel some changes (most notably drowsiness, the first effect that comes on in a psilocybin trip), roll back to the dose just under it, and you will have found your mushroom microdose sweet spot.

You can use any kind of psilocybin mushrooms for your microdosing. The most popular ones are Psilocybe cubensis, Psilocybe semilanceata, Psilocybe azurecens, Psilocybe cyanescens, and Panaeolus. Just be aware how much psilocybin content your strain has (for example, the last two are rich in psilocybin), and adjust your microdose accordingly. You can learn about the potency levels of different Psilocybe strains at Erowid. 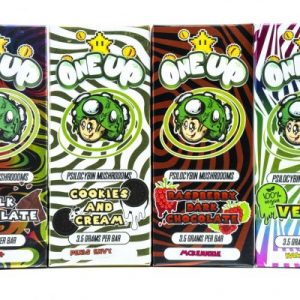 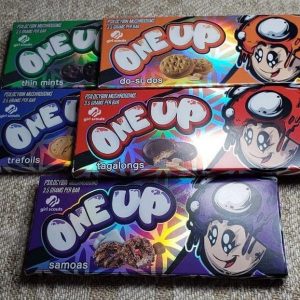 One Up Mushroom Chocolate Bars